We were engaged as a fresh set of eyes to critically evaluate the exiting system and deliver a solution that would facilitate a real measurable change in behaviour.

We spent time on site with the site safety superintendent to evaluate the existing processes and what the PSI programme aimed to achieve.

We suggested that due to a lack of site presence of a very busy HSE and management team that safety coaches were introduced.

Job roles were created and adverts produced to recruit safety coaches’ from both site staff and external candidates who applied for the positions.

The head coach was a seconded role, and that was the maintenance engineer who volunteered for the post, and went on to become the site HSE Manager some four years later.

The coaches’ remit was to be supportive, highly visible by walking the site, engaging with site staff in safety relates conversations and listening to issues raised.

All of the coaches undertook a four day safety coaching training course with Gauged Solutions that consisted of both theory and practical sessions.

Gauged Solutions for four years became part of the safety coaching team and attended site between one and two days per week to deliver on site practical coaching support.

In order to get the managers and senior leaders more engaged a programme was developed entitled “100 pairs of eyes”. The objective was during the space of a week 50 of the site managers would attend site with a safety coach and together spend an hour having safety related PSI coaching sessions, and gain confidence in doing so.

After six months the coaches who were form the site returned to their full time jobs using their time spent as a safety coach to continue in offering advice to site staff who may need help, and become an additional source of advice for support.

Four new coaches were rotated every six months with only a few remaining as a constant.

Over time Gauged Solutions redeveloped the PSI training and delivered courses to over 1500 member of the management and operational workforce over a three to four year period. 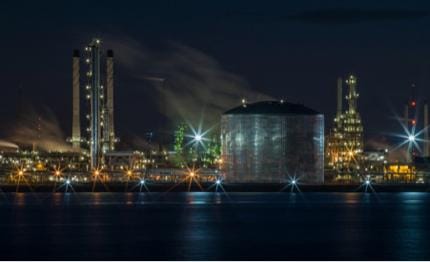 What did we achieve?